We would like to offer our sincere support to anyone coping with grief. Enter your email below for our complimentary daily grief messages. Messages run for up to one year and you can stop at any time. Your email will not be used for any other purpose.

Share a memory
Obituary & Services
Guest Book
Read more about the life story of Cheryl and share your memory.

Our universes are ripped apart with the abrupt passing of Cheryl Ann Russell, who died on July 4, 2022 from complications of a sudden, aggressive cancer.

Cherie could be relied on for a great conversation about many things—mostly about politics, social movements, family life, insecurities, and mystery and sci-fi novels. She was straightforward and had great insights. She was always ready to debate the most obscure political point or demographic statistic. She was intensely animated with curiosity, amazement, anger, or joy.

Cherie was a writer, editor, and demographer. She could absorb information, remap it, come up with a new perspective, and communicate it brilliantly. She did this in hundreds of research books and articles throughout her life.

She began her career at American Demographics magazine where she rose to the position of editor-in-chief as she worked there from 1979 to 1990. The magazine received national recognition during her tenure. She then became a partner in New Strategist Publications, where she wrote and edited demographic books for over two decades. She also contributed to the “Age Wave" newsletter and Money Magazine, and was a trusted source for many journalists who sought her insights on demographic trends. Cherie also authored her own books on demographic trends, including one whose title, Bet You Didn’t Know, aptly captures her witty, confident voice.

A gifted editor, Cherie could always find the lede, no matter where the writer buried it. Cherie’s editing mantras have made impressions on her friends, colleagues, and especially on her children, to whom she passed along her skills by editing their writing throughout their lives (and who now feel considerable anxiety about writing her obituary because we know she would surely have a few edits).

Cherie was a self-described obsessive-compulsive, especially about numbers. She had perfect attendance in school, although she later admitted this was a somewhat pathetic achievement. She was obsessed with her Apple Watch activity goals. She made her family stop every hour on road trips just so she could get out of the car to meet her stand goal, which she achieved for 1,300 days, or 3.5 years—right up until she went to the hospital. Cherie kept a blog, called Demo Memo, where she wrote about demographic trends interesting to her. She couldn’t stop writing this blog even after she retired, and she kept it going until her death.

Cherie would be interested in the fact that both ends of her life coincided with significant dates in American history. The January 6th insurrection happened on her birthday, and she died on Independence Day, which was also her son’s birthday. Given her numbers obsession, she would have noted that sharing life dates with her family must be another pattern of hers, since she even scheduled the c-section birth of her daughter to coincide with her mother’s birthday on March 18.

Cherie was an avid believer in human rights, and she balked at the imposition of traditional women’s roles that were taught to girls during the 1960s. She hated to cook and was proud to say that she came from a long line of women who felt the same. She even passed the sentiment on to her daughter. People told her she would never find a life partner if she didn’t cook, but she proved them wrong by finding a fantastic cook for a husband, Rick, someone who loved her just as she was.

Cherie craved change and described herself as an experiential. She and Rick loved to experience new art, travel, performance, and food together. Her life began during the analog era, but she could see the future and enthusiastically embraced personal computers and the Internet (the capitalization would be her choice, of course).

Cherie was generous and had a big heart. She loved her children, both those born to her and those she accepted as family. It was obvious when she was thinking about her children because her blog posts would be about trends related to their lives. She impressed on her children her fervor for technology from the time they were born, and she lived to see both of them grow well into successful careers in tech. She also knew she was going to have smart, caring grandchildren one day.

Cherie was born on January 6, 1953 in Wiesbaden, Germany, when her mother joined her father while he was on Army deployment. Cherie grew up with her parents, brother, and cousins in Indiana, PA and then Sewickley, PA. She was happy to get away from the Pittsburgh region when she went to Earlham College in Richmond, Indiana. She later moved to Washington, D.C., with Tom Parker, to whom she was briefly married, and finished her degree at George Washington University in 1975. Disliking the District’s transient nature, she and Tom moved to Ithaca, New York, where she earned a master’s degree in demography at Cornell University in 1980. Also in Ithaca she met Rick, the love of her life. In 2000, Cherie and Rick moved to Beaufort, South Carolina, their favorite vacation spot, where they raised their kids, Sky and Julie. Coincidentally, her children both ended up in Pittsburgh after they left home, so Cherie and Rick moved back to Cherie’s hometown in 2015. She fell in love with Pittsburgh the second time around. She reveled in anything having to do with it.

Cherie’s intensity, passion, and even her testy impatience endeared her to many close friends. These qualities are among the parts of her that live on through her children.

A celebration of Cherie’s life will be held in Pittsburgh in late summer. The family asks that donations be made to the ACLU, the NAACP, or the Southern Poverty Law Center—each doing work that Cherie believed important.

To send flowers to the family or plant a tree in memory of Cheryl Ann Russell, please visit our floral store. 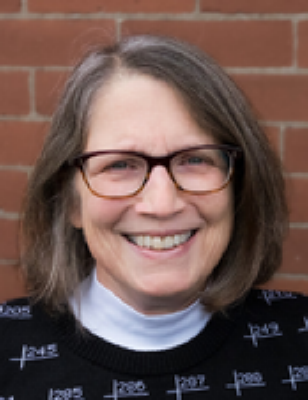 In Loving Memory Of

Look inside to read what others
have shared
Family and friends are coming together online to create a special keepsake. Every memory left on the online obituary will be automatically included in the book.

In Loving Memory Of

Look inside to read what others have shared

Family and friends are coming together online to create a special keepsake. Every memory left on the online obituary will be automatically included in the book.

You can still show your support by sending flowers directly to the family, or by planting a memorial tree in the memory of Cheryl Ann Russell